“The greatest inventions are those inquiries which tend to increase the power of man over matter.” Benjamin Franklin

In the second part of this trilogy, Oscar Brooks is back to set the records straight. The tarnished journalist is now a wanted fugitive by the police; the interpol as well as secret services.

Brooks has been nominated to be the deadly weapon to defeat the nemesis. Oscar will confront his enemy again, yet is he really ready to give the final blow that others have failed? Does he have the clarity on not going astray? Will he be prepared to make sacrifices?

Follow Oscar’s journey in finding the Achilles’ heel. He’ll meet jihadist sympathizers in the Indian subcontinent; his desperate run in Washington; his aide in Athens and in London.

Also follow Oscar’s friends Sebastian and Lucy since they’ll be his vital organs against the unknown. All will face having a close shave of death. Nevertheless, few will fall and the ones that remain must run the gauntlet. No one knows the inside dealings of the occult than the imprisoned, Clive Roberts. What he has to tell will be substantial but mustn’t cross the line that might threaten his family?

The swine of the secret fraternity has huge influence in Greece and are planning to expand into the far east. Their other goal still hasn’t changed; to liquidate Oscar at any cost. Their blood-letting is set to change the course of history. Of course, Oscar must stand in their way.

It’s the survival of the fittest for the price of humanity or those with nerves of cold steel. It’s a must read for this under-rated thriller OUT NOW! 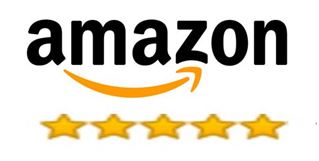