“If the government is covering up knowledge of aliens, they’re doing a better job of it than they do at anything else.” Stephen Hawking 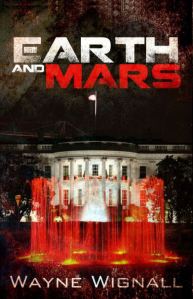 The Joint Chiefs of Staff has had it with his President: it’s his military downsizing; undermining his own authority and his sense of security. General Kaiser is going to seize control of the Oval Office; the White House and the entire constitution in a Socratic fashion. His soldiers will see democracy has failed after the worst Wall Street crash too.

The General promises a new beginning that the economy is going to bounce back. Yet he is mocked and alienated by those that see him having no real power. He must win the hearts and minds of the American people to remain in office, and his answer is the grand space project to Mars.

Leo Rockford is a newly recruited astronaut who must make the journey a memorable one for all Americans, and five others are to go afar to woo the General’s resolve. On what they will discover will affect their own psyches. It’s also enough to get them killed if word reaches the General, and the long trip home brings unthinkable nightmares: Fear; Mistrust and Death.

The novel is split into three parts. The first part will give an insight into Bill Kaiser and Leo Rockford; both are misunderstood characters that have a special bond for the new America. In the second, it’s an introduction to the freedom fighters; their leader wants justice for their miseries and will go at great lengths to succeed. The final book is all about survival.

This will be your gripping psychological science-fiction based in the post-cold war. Your voyage to bring fortune; love and power shifts.